“Honesty and integrity are very big for us. We like to say we put the personal touch back into construction,” says Ritter. “It seems like we’re losing that personal touch in every day life because everyone is so busy but it’s very important to us.”

Ritter is confident that the firm has gleaned more business from word of mouth than by any other means. He thinks that personal touch is the reason why. “There are a lot of processes that happen and we like to help the owners out from the front end,” says Ritter. “We show them ways they can save some money or maybe get a better quality product for the same money.”

Ritter meets with the owners personally and says that these interactions are what he enjoys the most. “The relationship we build with them while we guide them through the process is something I very much have a passion for. I could do that all day every day.”

“Where my role is in the front end talking about design and pre-construction, the build team takes that vision and brings it to life,” says Ritter. “They’re great at what they do.”

Ritter says the goal is to make owners feel that they’re more than just clients and that BASE has gone above and beyond for them by the time a project is complete.

“We also just really like building cool stuff,” says Ritter. The firm has recently started construction on a 15,000 square foot wedding and event center in Lebanon. The firm has expanded its reach even further with numerous projects in other states.

“We don’t want to be just another contractor,” says Ritter. “We want to be the guys they can trust. Our word is our bond.” 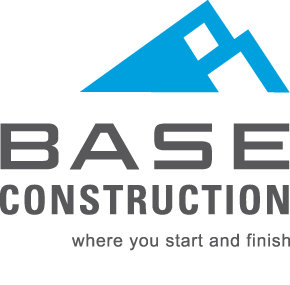